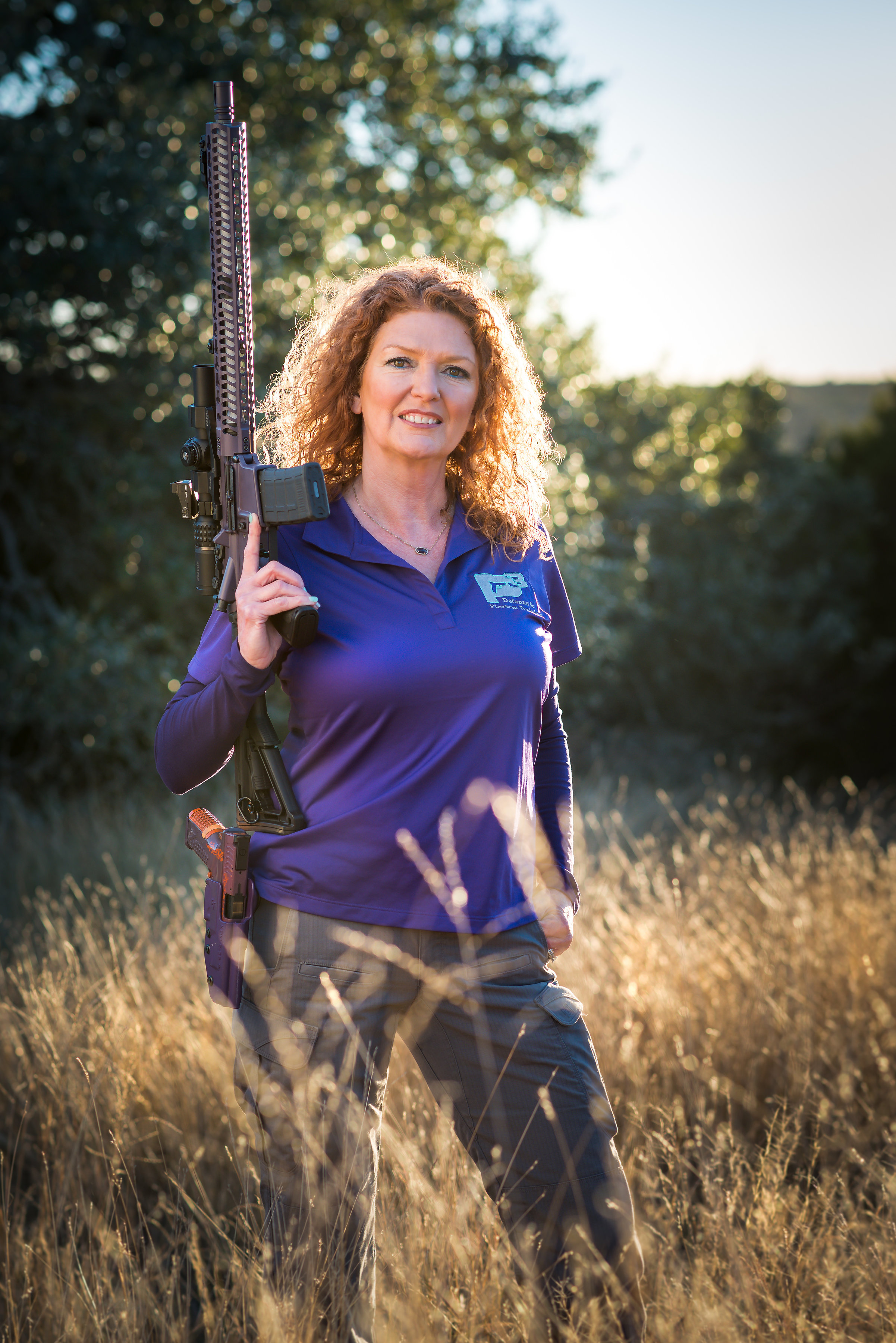 Just a mom that loves all things shooting and gardening.

Tina loves to teach.   She grew up shooting rifles and shotguns and got into shooting pistols regularly as an adult.  In 2012, she started attending all women shooting events with A Girl and A Gun Women’s Shooting League.    She realized that shooting was now a passion and she began instructing soon afterward.   That same year, she became a competitive shooter and has shot in over 50 local matches, many state matches, and two National Championship matches.

Tina has over 700 hours of firearms training and has trained under many top tiered instructors in her higher level training.  She works with women, men, and children that are with their parents or guardians, with an emphasis on safety at all times.

P3 Defense and Training was established in 2014 offering firearm and safety training.   Tina wants people that want to further their skills to be armed with the skills they need to protect themselves and their loved ones.

Over 700  hours of Professional Firearm Training.